Text: Esther 5:1-14 During the three day fast (3:16) Esther would have been praying that God would show her what to do to stop Haman from murdering the Jews. When the fast was ended, Esther had a plan. She entered the King’s court, and he received her graciously. Esther simply requested that the King and Haman attend a banquet[…]

Text: Esther 4:1-17When Mordecai learns about the evil plot, he made a public display of grief,verse 1, including loud wailing in public, right at the King’s gate. All over the Persian Empire the people of Judah were doing the same. Mordecai ordered Esther to beg the King for mercy. Esther is afraid to do that,[…]

Text: Esther 3:1-15Here we meet a man named Haman, an Agagite, perhaps descended from the Amalekites, an ancient enemy of Israel. Haman was promoted to the highest position by King Ahasuerus, and people were commanded to bow before him. But Mordecai refused to bow, probably for religious reasons, and Haman became furious. As a result,[…]

Monday, 25th January 2021. A young woman of Judah is chosen to be the new Queen of Persia

Text: Esther 2:1-23The process for preparing and choosing a new queen requires a year of beauty treatments. Then each lady would spend a night with the King. If he wanted her again, she would be called by name. This is a degrading practice–virgins being treated like play things to satisfy the lusts of the King,[…]

Sunday, 24th January 2021. The King’s boasting and the Vashti’s disobedience

Text: Esther 1:1-22After the King of Persia had secured his authority, he then displayed his great wealth for six months! After the boasting, he gave an enormous week-long banquet for his people. During that party, the King commanded Queen Vashti to stand before everyone so that he could display her beauty. The Queen was offended,[…] 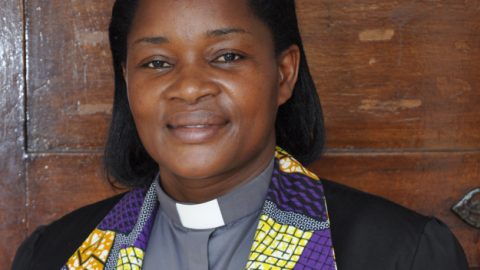 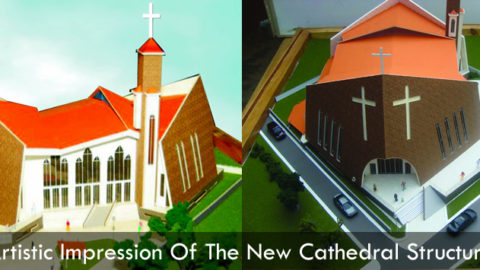 The ACP Team continues to thank God for His faithfulness for the Cathedral Building project through the tough year and lock-down season. Phase 3 works are ongoing and hence the site remains under restricted access. This year 2020 has been optimized through Transition Works in small lots, despite the continuing effect of the Covid-19 pandemic[…]

Text: Nehemiah 13:1-31The chapter begins by people responding to the Scriptural demand thatforeigners are not included in the nation. That means foreigners who do notbelieve are not to be included. Also, the Temple was purged of foreign occupants. The Temple is only for things pertaining to the worship of Yahweh and for His people. Nehemiah[…]

Friday, 22nd January 2021. The Jerusalem wall is dedicated to Yahweh by worship

Text: Nehemiah 12:1-47A wall seems like a strange thing to dedicate, but one must consider theprotective importance of a wall during that period of history. Also, dedicating the wall to Yahweh acknowledges two things: (1) unless Yahweh watches over the city, the wall is useless (Ps.127:1); and, (2) everything is from God, and dedication acknowledges[…]

Text: Nehemiah 11:1-36The city of Jerusalem was Israel’s capital city. It was also the centre of national worship. But it was sparsely populated. So, a plan is made to repopulate the city. One out of every ten persons/families was chosen, by lot, to reside in Jerusalem. Those who were willing to stay in Jerusalem were[…]