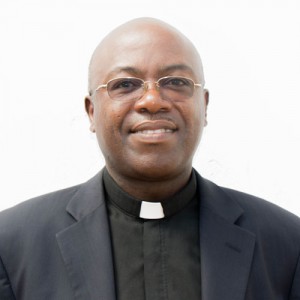 Good morning saints. I trust that you have had a great week, and for that we are most grateful to the Lord our God; for we cannot take His mercies for granted, and so we praise His holy name.

In my message today, I wish to reaffirm the great truth, that getting to the family or even indivual divine destiny is not achieved on a silver plate, but it takes a dynamic faith in our Lord Jesus Christ and serious spiritual battle to get there, as illustrated in David’s victory over Goliath, or better still Israel’s victory over the Philistines. This is so because there will always be resistance, caused by either some evil foundation or simply demonic activity engineered by the devil himself. The confession that David made before charging towards Goliath, clearly shows that David understood that if he was to win his battle in this physical encounter with Goliath, he needed to have won this battle first and foremost in the spiritual realm. He said to the Philistines, “You come against me with sword and spear and javelin, but I come against you in the name of the Lord Almighty, the God of the armies of Israel, whom you have defied…” (1 Samuel 17:45). David knew where his victory lay, and where to draw his strength from!

David’s powerful and pious speech not only defends the honor of Israel and the Almighty but also gives a rebuke to Saul. David declared that “the Lord rescues His people, but not with sword and spear,” yet Saul attempted to cover him with armor and strap a sword to his side. David rightly confesses that the battle was the Lord’s and that He (the Lord), would literally hand over the Philistines to the Israelites in this forthcoming encounter. As it turned out, Israel took the day not so much because they had a more superior armor, but that the Lord of hosts acting on His grace had granted them victory.
It could be that you are at a stage in your life, where you have already identified barriers to reaching your divine destiny, but you are scared to your bone marrow, wondering how you will move from where you are.

This is my encouragement to you, that you are not alone in this battle, but that the battle to over come obstacles and get to your divine destiny is the Lord’s own battle! You only need to do the needful: trust in the Lord, persevere and be faithful in prayer, stand your ground leaning on God’s grace (God’s enabling presence), and exercise your God given authority, and the Lord will grant you success. These things are real to those who walk by faith and not by sight! Stay blessed.