Anglicans around the world are marking the 16-Days of Activism Against Gender-Based Violence in a simple social media campaign – that is based on paper! They are taking photos holding a poster with a simple pledge: “because we are precious in God’s eyes, I will not keep silent on sexual & gender-based violence.” The photos are being uploaded to Facebook and Twitter. They are being shared by a dedicated Twitter account: @AnglicansEndGBV.

“All Anglicans can get involved in the social media campaign,” the Inter-Anglican Women’s Network (IAWN) said. “Posting our 16 Days photos and pledges is just one way of letting the world know that we want to change the environments we live in where gender-based violence is still allowed to diminish and destroy people’s lives, most often those of women and girls.”

To take part, take a photo of yourself with a sign (which can be downloaded here) and post it on Facebook and Twitter or any other social media. On Twitter, users are encouraged to send them to to @AnglicansEndGBV and @SBSGender with the hashtag #16Days so that they can be re-tweeted.

If you do not have a social media account, you can email your photo to Chris Curry at the Anglican Communion Office who will post the photos on social media for you.

In addition to the Anglican Communion, the campaign is supported by the Church of Sweden, Finn Church Aid, Islamic Relief Worldwide, the Lutheran World Federation, Mission 21, Norwegian Church Aid, Side by Side, UNFPA and World Communion of Reformed Churches. 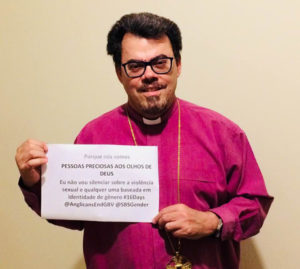 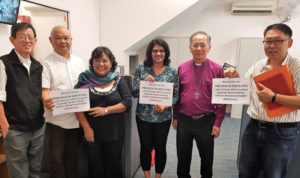 Archbishop Moon Hing and staff from the Diocese of West Malaysia office. 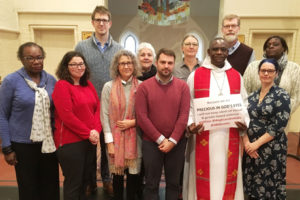 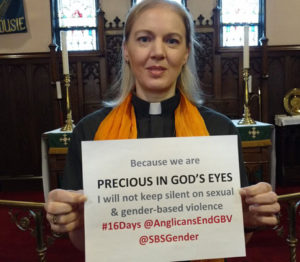 The Revd Laura Marie Piotrowicz from the Anglican Church of Canada.