Diocese of Mauritius examines ‘The Silent Epidemic’ of gender based violence

An initiative entitled ‘The Silent Epidemic’ aimed at tackling gender based violence has been launched by the Mothers’ Union in Mauritius. The Archbishop of the Indian Ocean and the Bishop of Mauritius, Ian Ernest, who has presented many papers and has spoken at various public forums highlighting this issue, has given the programme his full support. 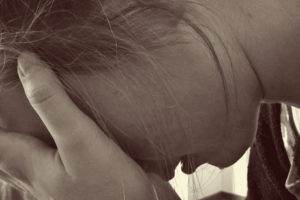 A seminar on gender based violence was organised by the Mothers’ Union of Holy Trinity Church in Rose Hill in Mauritius. The presenters included Archbishop Ian,  a senior police officer, a corporate woman leader, and an experienced psychologist. The youth of Holy Trinity Church presented a small sketch highlighting how abuse can begin and how it can be tackled.  A TED video that encouraged more men to acknowledge it as everyone’s problem instead of it being a ‘woman’s problem’ was also played.

The programme covered multiple aspects such as: the historical context of gender-based violence and the role of patriarchy; biblical guidance available to address the issue; assistance available from the relevant government ministries in Mauritius; psychological insights into why women stay in abusive relationships as well as how they can work towards freeing themselves.

A spokesperson for the Mothers’ Union in Mauritius said: “There are two reasons why the Church must be involved: firstly this malady in our societies needs every bit of effort from everyone. So the Church cannot stay out of it; secondly, if one is a follower of Christ’s teachings, one cannot remain silent when prejudice exists and violence, injustice and crimes are committed on a section of society. This must be discussed in the open and the Church must show a way to remove the causes of violence.”

The Mothers’ Union envisions taking this forward with a sustained effort to keep the issue in the limelight and to engage the Church in Mauritius to address this ‘silent epidemic.’  The Diocesan Training Centre of the Anglican Diocese of Mauritius, in partnership with the National Council of Churches in India, plans to run a certificate course on Gender Justice. This course is expected to improve the understanding of the gender issues of present day in the context of related biblical texts, and develop awareness of justice for women.