at All Saints Cathedral Kampala,  Wednesday 10th May 2017 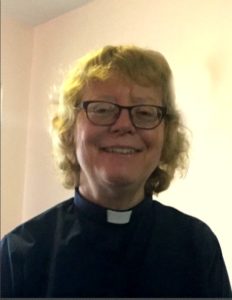 I came from a home where neither of my parents were church goers and never mentioned faith. At the age of 18 I went away to university and studied Biochemistry. I enjoyed the freedom of being away from home and while not doing anything deliberately bad I was certainly not living in a godly way. I found Biochemistry fascinating and went on to be awarded a first class honours degree and the opportunity to study for a PhD.  As I learnt more and more about the intricate and complicated chemical reactions within cells which give us life, which produce energy and growth, brain function and muscle movement I began to wonder was all this down to chance or was there a creator. In fact I think I read that the chance of all the conditions being right for complex life on earth is about 1 in 10 to the power of 66. That is an enormous number.  So I began to believe in a creator and to see that science by and large reveals what the creator has done and how he sustains it.

I married while studying but sadly after just over 4 years my husband developed cancer and very quickly died. I was distraught as I sat beside him but completely unexpectedly I heard a voice which somehow I knew to be God speaking words of comfort. I found that the creator God cared about those he had made. I struggled with grief and went through a dark time but after a while I wanted to find out more about God and having encountered death I wanted to know if there was life after death. I read a few books, including bits of the Koran but decided I needed to try church and studying the Bible. I came to realise that all my scientific knowledge could not answer the questions that really matter.

I came to believe that all the evidence pointed to Jesus being the Son of God. It was God who was nailed to a cross to reconcile us to himself.  Jesus died for my sins, not sin in general but mine. He rose again as he said he would and offers all the gift of eternal life. There was life after death. Once I came to see that I was a sinner, I felt a burden of guilt and repented of my sin and rebellion against God and committed my life to him, my Saviour and Lord. I grew in my understanding of Christianity and my love for Jesus grew and I was confirmed. At that point felt called to serve in the church and  I began by teaching in Sunday School.

A major test of my faith came a little later. I married again and gave birth to a son, my first child, whom I loved so much but he sadly and very suddenly died aged 7 weeks. That was another time of deep grief but I was given the strength to get through by God. I held onto this verse from John 3.16; ‘For God so loved the world that he gave his one and only Son that whoever believes in him shall not perish but have eternal life.’  I was reassured that God loved my son and that he would be with him forever in his heavenly kingdom and I was comforted that God, the mighty creator loved me and knew and understood my pain because he had seen his Son die. In time and after much prayer I had two more children and am very thankful to God for them

My call to serve in the church was renewed after I had cancer. The church prayed for me and cared for us as a family and after I had chemotherapy and radiotherapy the doctors could not operate as they intended because the cancer had completely gone.  Praise God. It was another test of my trust in God but he worked and I was healed. I was reminded of the love of Jesus for me and  I wanted then to recommit my life to Jesus as Lord and as I prayed and read Scripture I felt God call me to give up my job. It was a good job working for the government as a scientist but I left and began to work for the church as the children and family worker with much less pay and many more hours. But it was wonderful.

I realised that in my church there were some gifted and talented women but nearly everything was led by men so I began to pray that God would bring an ordained woman to help us. It was a dangerous prayer. One day as I was reading Scripture the Holy Spirit spoke to me from Isaiah 6. 8. ‘Whom shall I send? And who will go? And although unworthy I said here I am, send me for I will go Lord.

So I was interviewed and my call confirmed and I was trained and ordained. I stayed at my  church at first because of my family. Then there was a church plant and it was agreed I should lead it. I had not thought I could be a vicar, only an assistant but  Jesus showed me that he was asking me to be a vicar.  I eventually applied for and was given the parish of Ottershaw and have served there with much joy for 8 years and more recently have been made the Rural Dean of Runnymede.  There have been many struggles on the way; once I had a church house but no money and nothing much else but after prayer the church found me furniture and the basics of what I needed. In everything God has been faithful. God has indeed kept his promise;  ‘ In all things God works for the good of those who love him and are called according to his purpose’ (Romans 8.28). Praise God. Amen