Consecration of first woman Bishop in Wales this weekend

[ACNS] Wales is consecrating its first woman bishop this weekend.   The Revd Canon Joanna Penberthy is being consecrated as Bishop of St Davids at Llandaff Cathedral on Saturday, by the Archbishop of Wales, Dr Barry Morgan, with the five other Welsh bishops. The Church took the decision to ordain women bishops in 2013.

Dr Morgan said:  “This is an historic occasion for the Church in Wales as well as being a hugely significant moment for Canon Joanna. It is marvellous that it is possible for us to appoint women as well as men to all three orders of ministry and to regard that as now being the norm.  What matters is not gender but suitability, character, gifts and that was why Joanna was elected as bishop.” 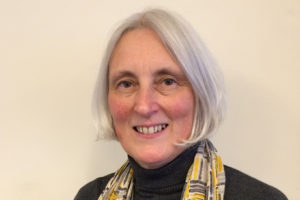 Consecration of the first female Bishop in Wales

Canon Jo, who was previously Rector of Glan Ithon, in the Diocese of Swansea and Brecon, said: “While being made Bishop is awe inspiring, I am very much looking forward to joining the people of St Davids diocese as we seek to live out and share our faith in the Risen Christ.”  Following her consecration, Bishop Joanna will be enthroned at St Davids Cathedral on 11 February. Wales joins a growing list of Anglican provinces to have appointed female clergy to the episcopate.

Speaking  after the announcement was made last year, Archbishop Morgan said: “This is an historic moment for the church in Wales as it hasn’t been possible to elect a woman bishop until now. But what is really important to stress is that Joanna wasn’t elected because she was a woman but because she was deemed to be the best person to be a bishop.  She has considerable gifts – she is an excellent preacher and communicator, can relate to all sections of the community, is a warm, charismatic, caring priest and someone who is full of joy.”

The Revd Canon Joanna Penberthy was born in Swansea and grew up in Cardiff. She was educated at Cardiff High School and graduated from Newnham College, Cambridge. She trained for the ministry St John’s College, Nottingham and Cranmer Hall, Durham.  She was made a deaconess in 1984, ordained as a Deacon in 1987 and was among the first women ordained as priests in Wales in 1997.  She is married to the Revd Adrian Penberthy and they have four grown-up children and one grandchild. Her interests include quantum physics – she is currently studying for a doctorate – reading, and bird-watching.