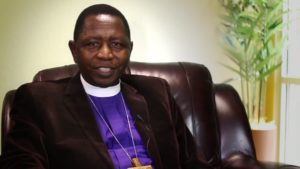 [ACNS, by Gavin Drake] The Church of Uganda adopted a 10-year master strategic plan when its Provincial Assembly held its biennial meeting last month in Mukono. Over the next decade, the Church will focus on mission, socio-economic issues, community engagement, and the institution to “make the Church more vibrant and focused on the critical areas of need among the communities.”

“The plan will soon be officially launched and rolled out to all dioceses,” Archbishop Stanley Ntagali said at a press conference at the conclusion of the Assembly. “When launched I will call upon every member of Church, our development partners and friends of the Church of Uganda to embrace the strategic plan and get involved in its implementation.”

The Provincial Assembly adopted a number of resolutions when it met; including the designation of 2017 as the Year of the Family in the Church of Uganda (COU). “The family is the fabric of society and the base for a stable community and nation,” Archbishop Ntagali said. “It is lamentable that the families in our country are facing deliberate attack by different evil forces both from within and outside. This makes our children very vulnerable. They are growing in a very violent environment and many have become victims of circumstances. In the process they are denied their rights.

“We must focus our attention on protecting and guiding our families in our communities and entire country.”

He said that the COU would use the Year of the Family to deliberately advocate and promote without compromise the “protection of our children and . . . the central position of families”.

He said that the COU was opposed to plans by the country’s health ministry to legalise abortion. “Abortion which is done by one’s choice is against Gods will and the Bible considers it to be murder,” he said. “Any life has the right to continue and no one has the mandate to destroy it. . .

“If abortion is legalised before safe childbirth is available to every mother in Uganda, the only thing legalising abortion will do is create more opportunities for women to die in poorly funded and poorly staffed medical facilities in this country. This would be very tragic.”

The Archbishop also spoke out against “a harmful educational programme” that had been introduced in some of the country’s schools. “This programme promotes homosexuality and we are concerned about how it was allowed to be taught in some of our schools,” he said. “We call for its removal and for the government to ensure that all sexuality education materials promote the biblical values of abstinence before marriage, and faithfulness in lifelong marriage between one man and one woman.”

He said that the Assembly also resisted “in the strongest terms” a health ministry education programme to introduce children from the age of 10 to contraceptive pills and other family planning methods without the consent of their parents or guardians. “This is very dangerous,” he said. “It is our God-given responsibility to defend our children and guide our legislators not to introduce irrelevant education to our children.”

The Assembly also condemned the practice of land-grabbing, which Archbishop Ntagali described as “an epidemic in our country.” He said that “Church land is being encroached on and grabbed. Likewise, the poor and vulnerable are also at a high risk of being left homeless when others attempt to grab their land.”

The Assembly called for a simplified process of land registration to tackle the issue.

It also gave approval in principle for the creation of a new diocese of Northwest Ankole. When inaugurated in a year’s time, this 37th diocese in the province would be carved out of the present Diocese of Ankole and have its headquarters in Ibanda.

“He stood for the truth of the gospel of Jesus Christ and against corruption and injustice. As the Church of Uganda today, we will continue to proclaim the same unchanging message, for ‘Jesus Christ is the same yesterday, today, and forever’”.