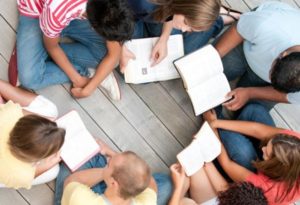 Greetings in the Name of our Lord and Saviour. The previous Sunday, the Rev. Canon Dr. Rebecca Nyegenya preached on the Topic “Noah: Family in the Ark’’ based on Genesis 7:1-7 and Matthew 1:18-25 concurrently.  The Sermon entirely focused on the Family in the Ark and Noah being the Model Family Leader. The Preacher concisely addressed four [4] pertinent questions that affect and relate to Families today as explained below:

Noah [in Hebrew means Favor] was a son to Lamech who was predicted by his father on birth that he would bring comfort/relief to his family. Noah was a righteous and a blameless man who faithfully walked with God. Genesis 5:29

3) What made Noah survive the Flood and build the Ark?

4) How can we emulate Noah in our current family situation?

Sparing Noah’s life and his Family showed God’s grace upon mankind. A Lesson to all of us to emulate and not to fall out in our respective family Arks. [Psalms 91:1,14].